ImiLoa was kind of famous here in the PNW back in the old days.  First, let me explain who Larry Christensen is.  Back in the 60s he designed and built a 37′ trimaran that was years ahead of it’s time.  Invictius had a huge dagger board, was wide, and had big amas way out there.  And it was rigged to excel upwind, for its time.  Unlike the famous Atlantic ocean trimaran designers who were using 3 strand halyards and had huge forestay sag,  back then.

Larry basically schooled a whole generation of builders and sailors here in the PNW, including me.  And he did every race he could, including a couple of Transpacs.  Am doing this from memory.  Anyone actually knows more, do share.

So ImiLoa came to the PNW to do the Swiftsure.  They were bragging that they were going to clean everybody’s clock, including Larrys.  “Wait,” Larry said, ” You are telling me that you don’t have boards on that boat?”  “No.”  “You won’t even finish on the same day that I do.”  They didn’t.

I see on the specifications and the boat,  that it has boards now.  Larry must have taken them to school also.  Does anyone recall what year that was? 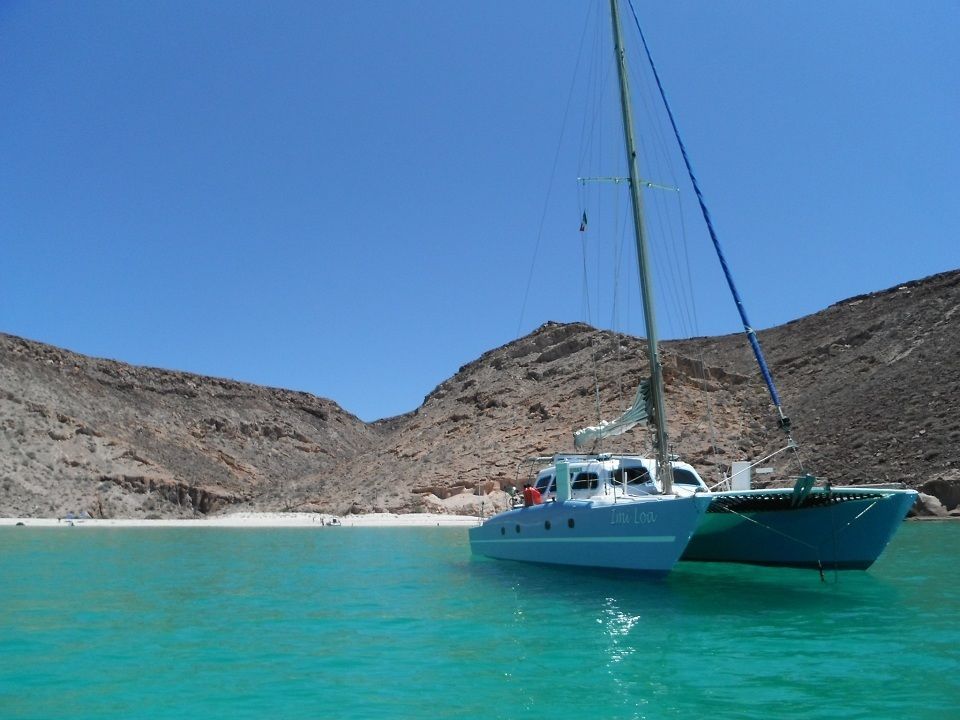 7 thoughts on “ImiLoa for Sale”