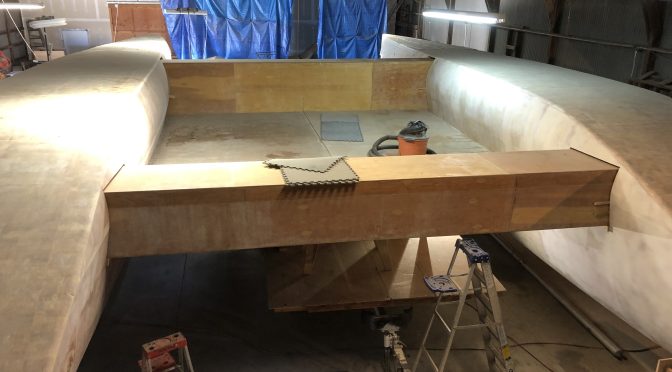 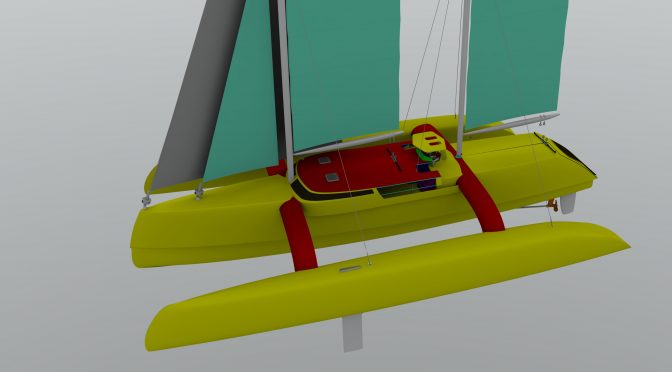 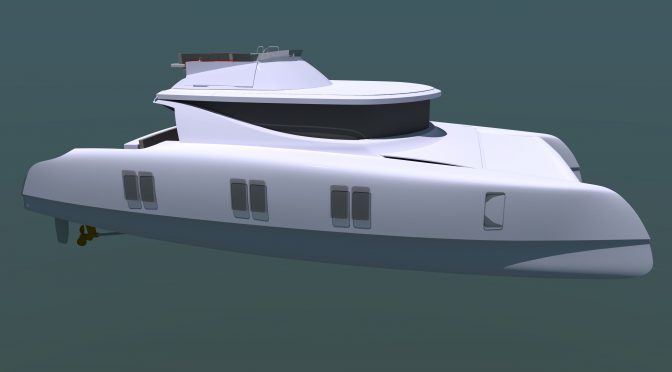 My 32′ power cat was originally designed for a Hawaiian customer to be able to travel between islands with a place to stay.
It looks pretty good to me.

Woody Browns’s 48′ daycharter cat is moving right along at Pedigree Catamarans. The green if flat bagging table and the strip is the turn of the bilge and sheer.

The venerable 23′ camping trimaran got a carbon/plywood crossbeam.

The venerable 23′ camping trimaran got a carbon/plywood crossbeam.

Mystic Cat, my 48′ CM developed plywood daycharter cat finally made it’s delivery from Sarasota where it was built, to Buffalo, its home.

Mystic Cat, my 48′ CM developed plywood daycharter finished it’s delivery from Sarasota where it was built, to home in Buffalo.

I’m almost done with designing this 54′ composite trimaran for a customer who grew up on a cruising Piver.
It will be electric powered hence all the photovoltaics.

Triaxial roving has had the same makup ever since I first heard about it. The 0 degree has the same weight as the combined weight of the +- 45s.
I have a 25′ daycharter cat being built in Seattle. The sample testing done by Gougeons gave very low results. And the burn test reveled that it only had 20% 0 degree fiber. No wonder the low numbers.
Orca has two different 20 oz. triaxial spec sheets apparently. Be very careful which product you get.
The one that I am used to has 354 gsm for the 0 degree and 200 gsm for each of the +-45s.
The other one has a 0 degree of only 142 gsm and +-45s of 292 gsm. each. That is clearly an inferior product but it is still called 20 oz. triaxial. Beware. First the bad one, then below, the good 20 oz. triaxial. I wonder who thought skimping on the 0 degrees would be smart?

I finally got a shout out from Marine Log magazine about my 65′ Mosquito Fleet catamaran proposal.

I will be out of the office for the next 10 days starting on the 26th of August.