One of the guys from Steamradio just had a 40’ performance trimaran designed by Shuttleworth. I was surprised how much it resembled a study that I did for Phil Steggall a few years ago. It didn’t get built and I forgot about it. It is almost the same sailor use program. And it was based on improvements to my 40’ tri, the Geko. The Geko was optimized for singlehanding and light weather. The two trimarans above are for more wind than Geko usually found. 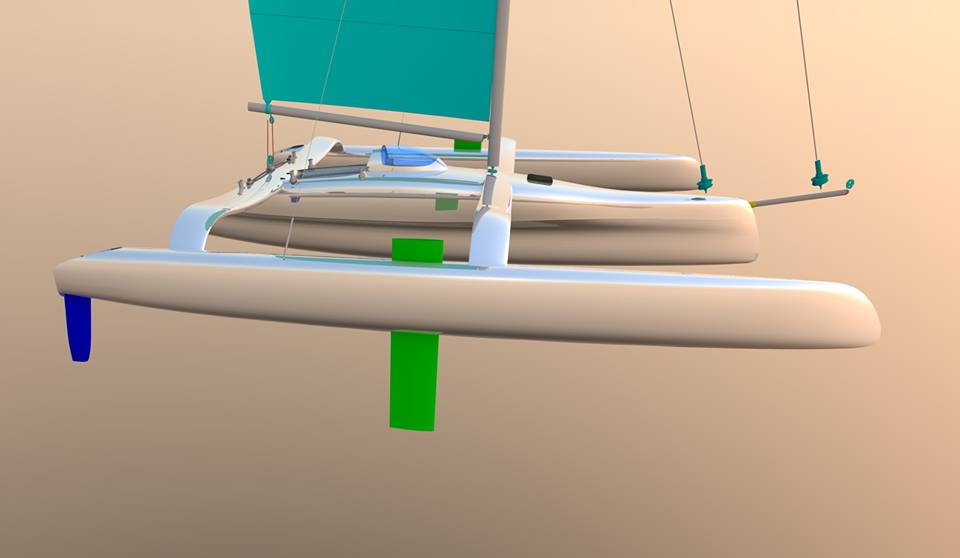 The beams are not swept forward on Phil’s boat. I asked multihull engineer and composites god Ronnal Reichard about that. He declared it an inefficient idea as it introduces an added twisting moment to the main beams. He dismissed the advantages of helping the ama bow as the ama has much more section property to work with, to ease that stress.   The tri had square L/B design of course.
It has been suggested that swept forward beams keep the weight of the beams forward. The vast majority of the bending load, and thus the laminate, is near the middle and aft.

The biggest improvement to the Geko would have been adding the flare to the main hull. Any crew or guests need to toss their bags and foulies somewhere, out of the middle. I forgot about that. I thought everything else worked pretty well, for a shorthanding fast 40’ tri.
Boards in the amas solves the board intrusion in the main hull, but if short tacking, one needs a crew or it is more difficult to tack smartly. I wanted smart tacks on the Geko.  Not everybody has to short tack all day in light weather. 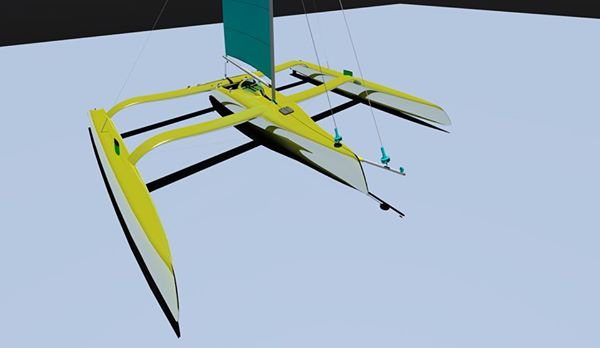 Where to helm from is an interesting exercise. And I found that it is most dependant on the crew or lack of. Reflexively, everybody should be up on the high side. These boats typically have almost deck sweeping mains, and are doing twice the speed of anything else out there. Anything could be happening behind that main. I always ended up in the cockpit, down low, so that I could see traffic approaching from the low side, helm in one hand, and mainsheet in the other. 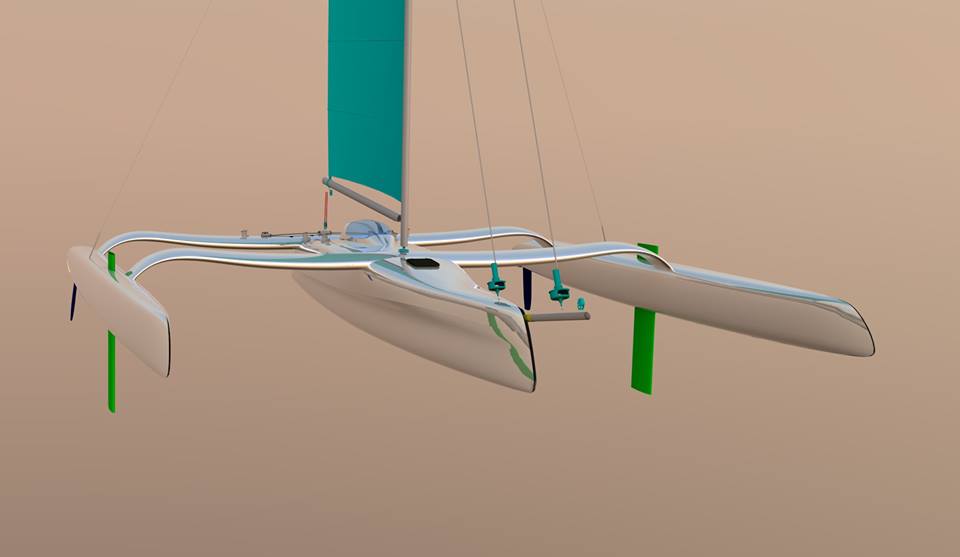 With a crew, that is not a problem, but where to steer from depends on how much the helm (owner usually?) trusts the mainsheet trimmer. I pretty much only trust myself when it’s gusty, unless Dave Calvert is crewing….
Is that a pair of main winches I see on the top view on the back beam? That suggests it’s optimized for at least double handing or a crew then. Double handing I was told. 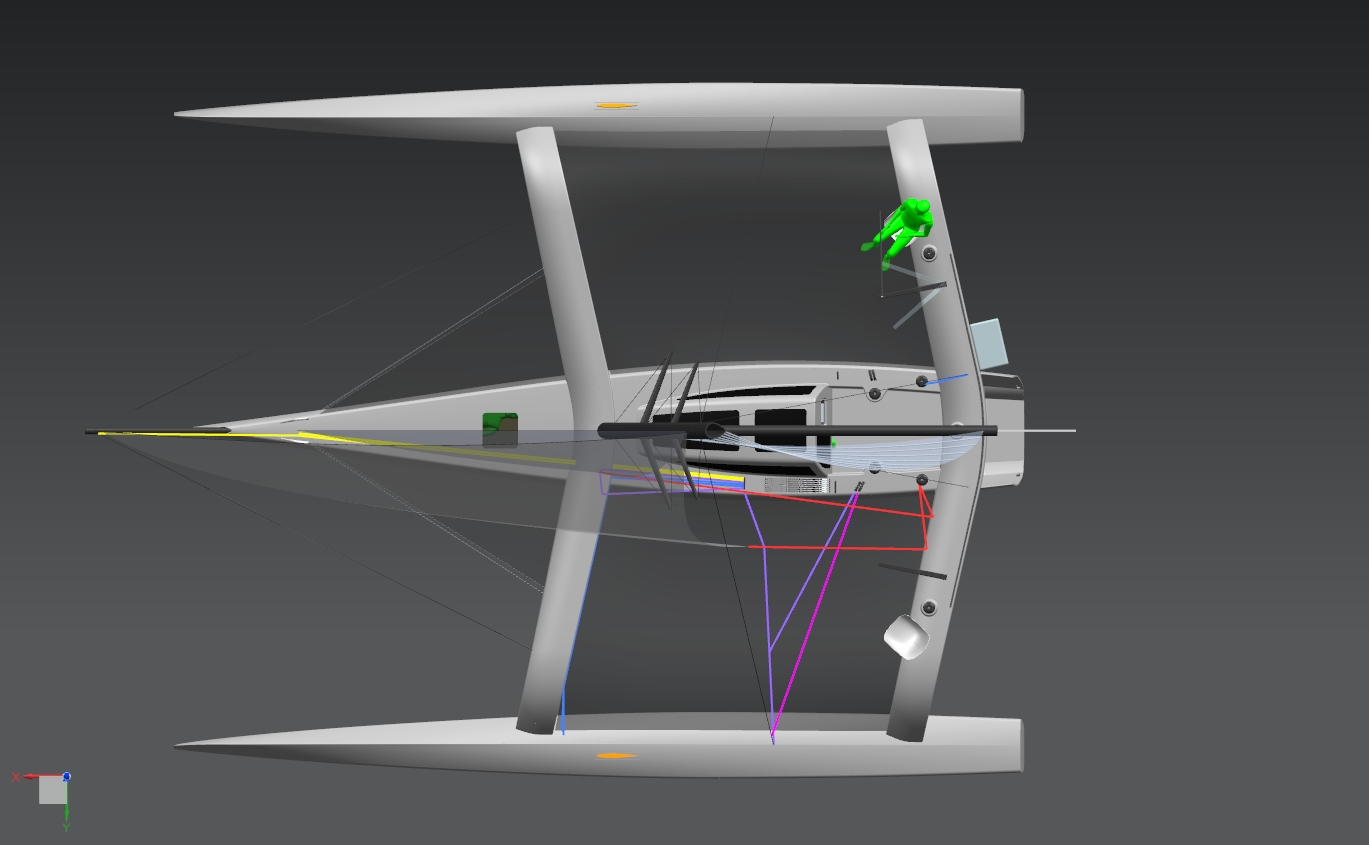 It’s all very interesting, imagining how design affects life blasting upwind.  And the interesting ways that a design can be fitted to the owner’s individual needs.