And does anyone have board molds and would like to build one or two for a 56′ cat?

OK, here are the pictures and hypothesis.   The owner reports that he didn’t hit anything and the crash block was not crashed.  Further, the balsa core was not soft nor rotted.  The laminate was triaxial, as was designed.  He thought there was a buckle on one side.

Notice that the balsa is at the faces, but there is foam in the middle.  It looks like Airex or divinycel.  Both in 100 kg density or less have much less shear and compression strength than balsa has.  Recall that the highest shear load in a beam is at the centroid, as is the lowest bending load.  Enough side load could move some of the rigid balsa into and crushing the much weaker foam.  The core is there for shear transfer between the faces.  Look how thin some of the foam layers look.  Crushed.   It looks like the weakest link failed, to me. 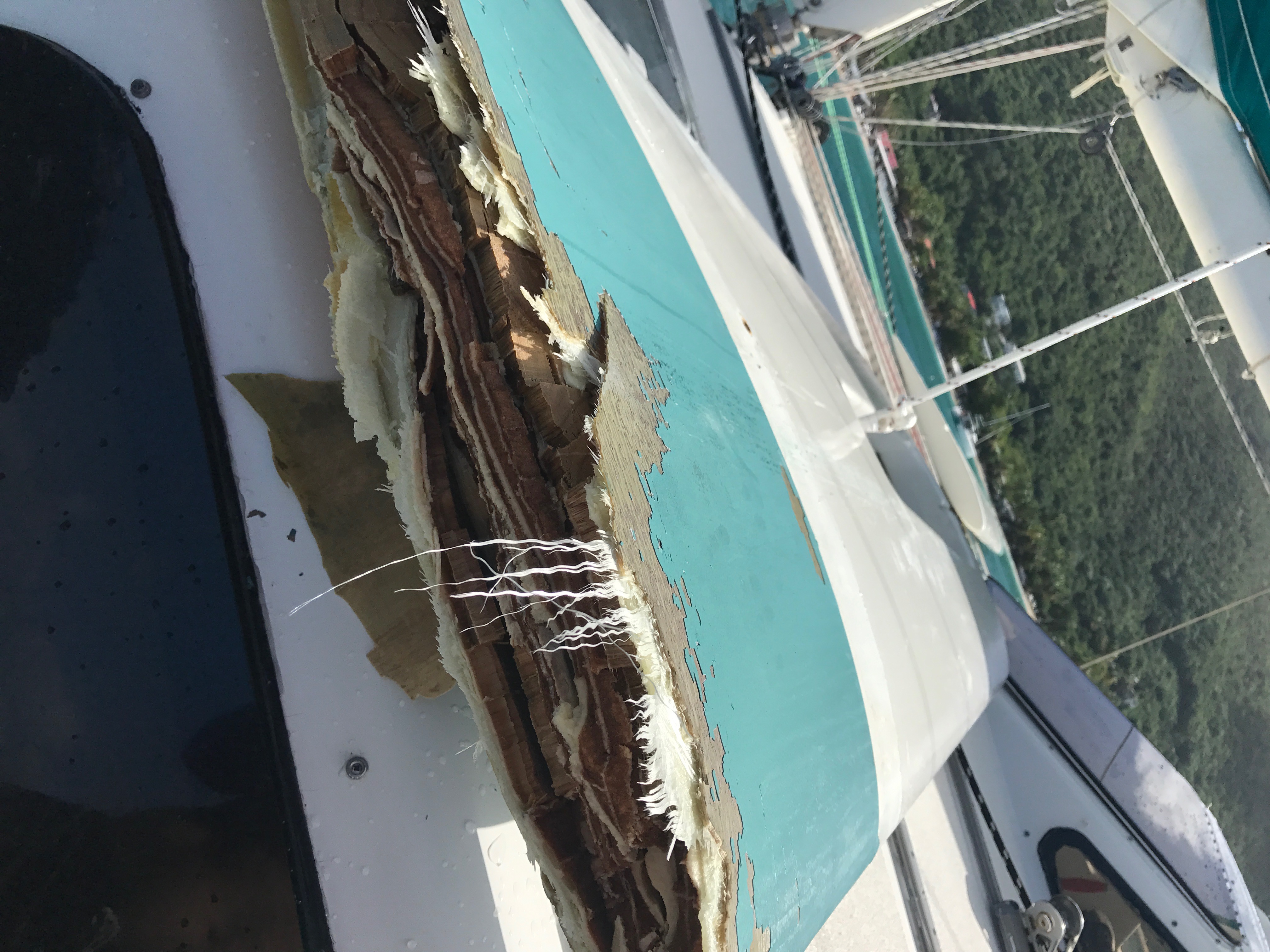 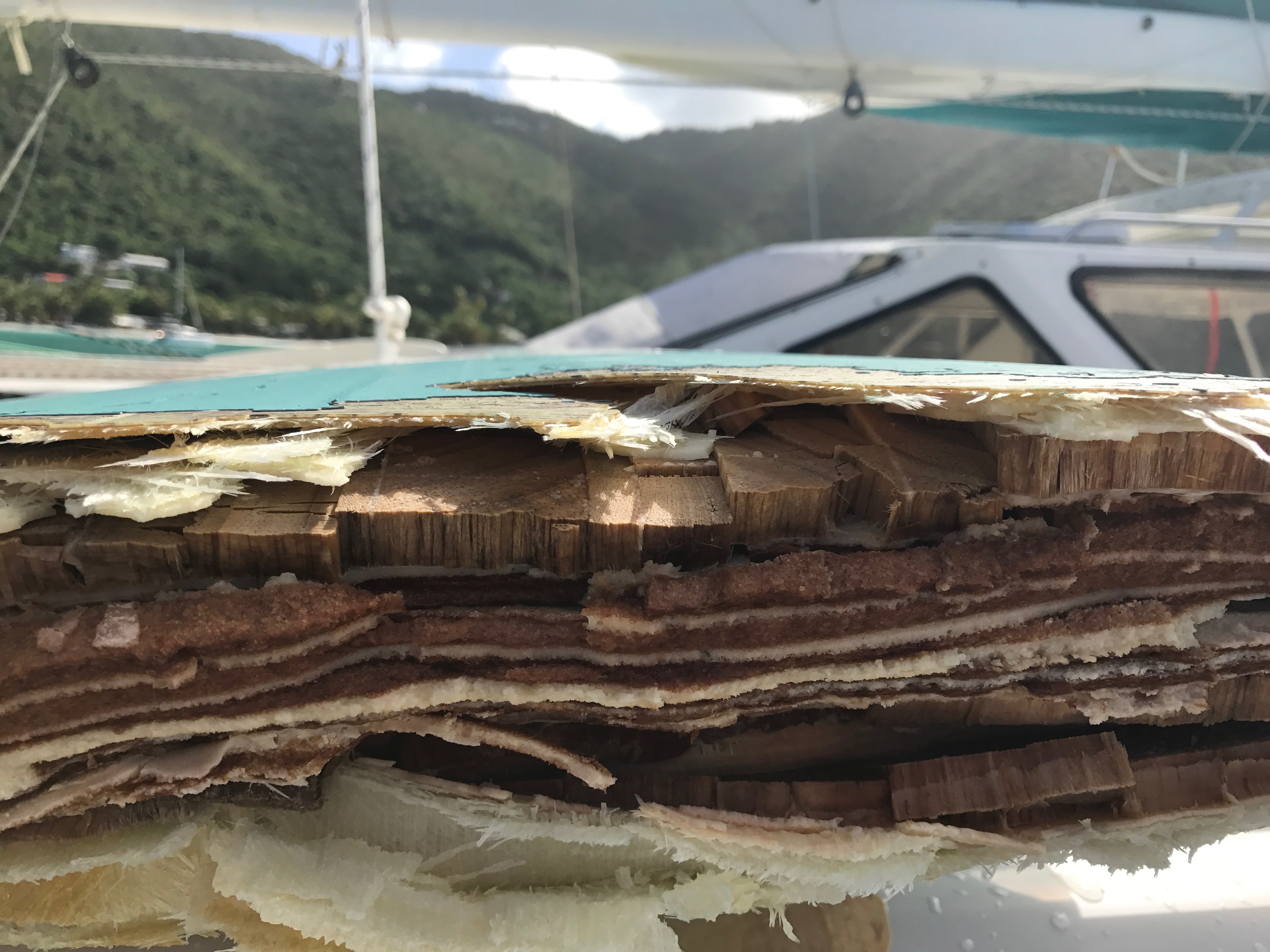 4 thoughts on “Broken Board”