“Stickless in Hawaii: Dragonfly was dismasted 400 miles south of Hawaii. The best we can determine is that a wave, significantly bigger than the others, broke beside us throwing us sideways toward the wind causing the mast to break because of the inertia of the mast and the force of the wind on the sail. The shrouds and headstays were still intact and we made an assessment that trying to save anything from the rig posed too great a risk to the crew considering the conditions of wind and waves, and the absence of safety lines which had been pulled over with the rigging. Al and Stephan cut loose the shrouds and control lines and let the mast go. Fortunately no one was hurt and we were able to make it to Hawaii 6 days later with 10 gallons of fuel to spare. Significant credit goes to the terrific crew for getting through this incredible event!”

It sounds like a shear failure or maybe too large a cutaway for some hardware?  I’m trying to get a picture of the buckle before the mast was pushed overboard. 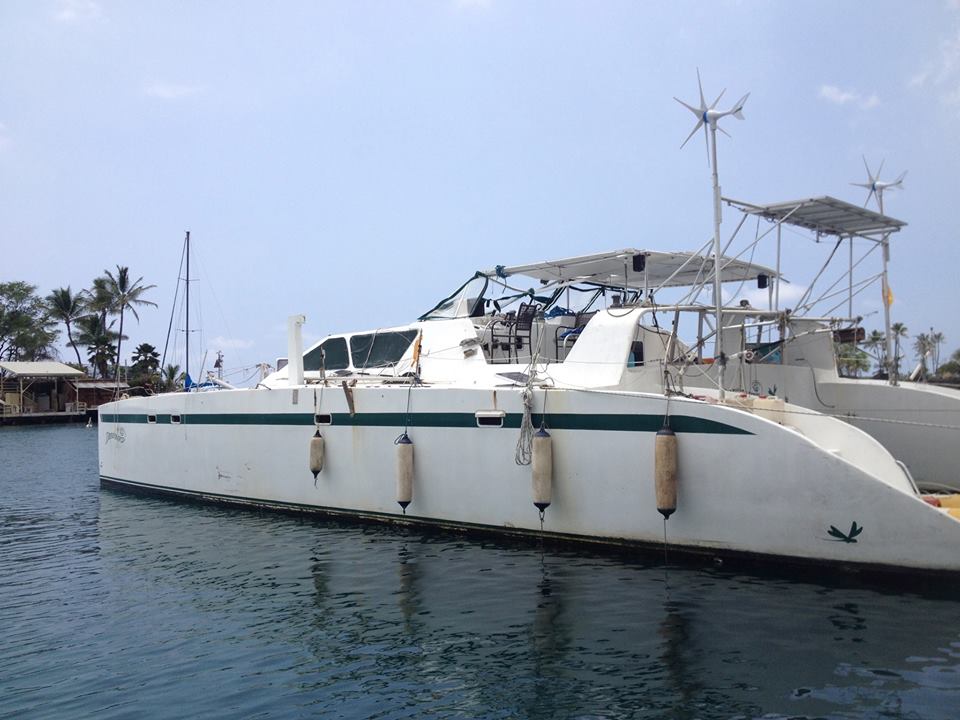