I had the occasion to lay up some Kevlar this last weekend. It was on the door faces for the lunar lander project. It is largely for psyche value, but might hold the door together against a framing hammer attack.

I have not used Kevlar before as I feel that it has no place on a real boat. While it has great tensile strength, it has very little compression strength, and thus low bending strength. It also has the defects that nothing sticks to it, and it absorbs water.  It is often used for marketing purposes though, and it does have a better stretch to failure than carbon fiber.

It is probably most used to market to yuppies who know enough to know that it is higher test than e-glass, but not much else about it.  Kind of like the carbon cleat pads that I saw on a Gunboat.  Cleats are mostly loaded in shear, and shear is where carbon is the least benefical, but hey, its carbon.  And Kevlar does look cool. 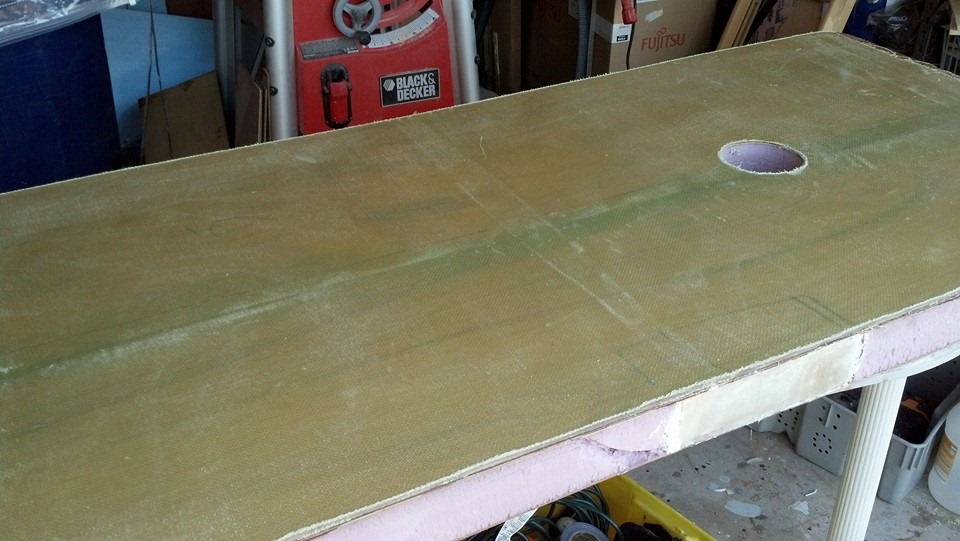