Transom steps are all the rage now days. I have a theory that they first were found on mega-yachts like in Showboats magazine. In my theory, they were designed so that the septuagenerians who could afford mega-yachts could actually get to the water or the dock.  Marketing people learned offer that slice of mega-yacht to small boats also.  It reminds me of Dr. Seagrave explaining how in architecture, things that were added to cover up shoddy workmanship began to be demanded by the uninformed.  I assume now that he was thinking of cove and other millwork. 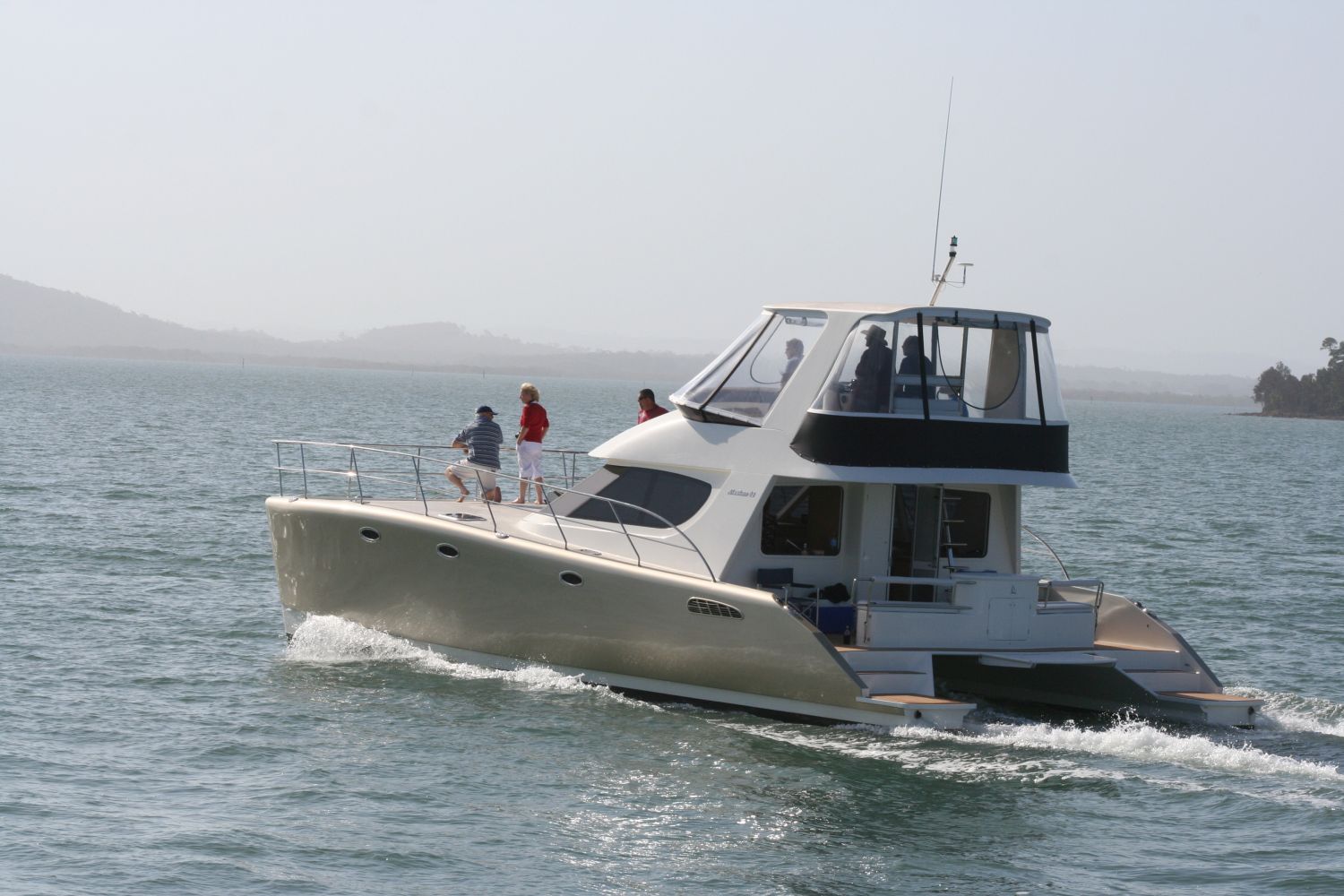 The safety of transom steps/walk-through also depends on where you are sailing.  Most of the production cats I see are intended to sail in tropical tradewinds.  Wind and waves are there, but not overwhelming.

Here on the west coat of the US, and surely some other places, the harbor is on the other side of a bar or other crossing.  Giant waves breaking over the transom are a typical day in the office at these places.  Combined with the now common low sill or no sill into the main cabin, it has the potential for a disaster.