I see that a particular catamaran cabin dodge has become very popular.

Square assed catamaran cabins are disguised behind a swoop more and more lately. Like the fins on a 59 Chevy, a well placed swoosh makes the cabin not only look bigger, but not look frumpy, not boxy.  People, it is boxy behind the make-up.  And small.
I have done it before. On a 60’ dinner catamaran in the early 90s. I felt guilty for years, and virtually every dinner cruise cat now does it. What if I caused it? 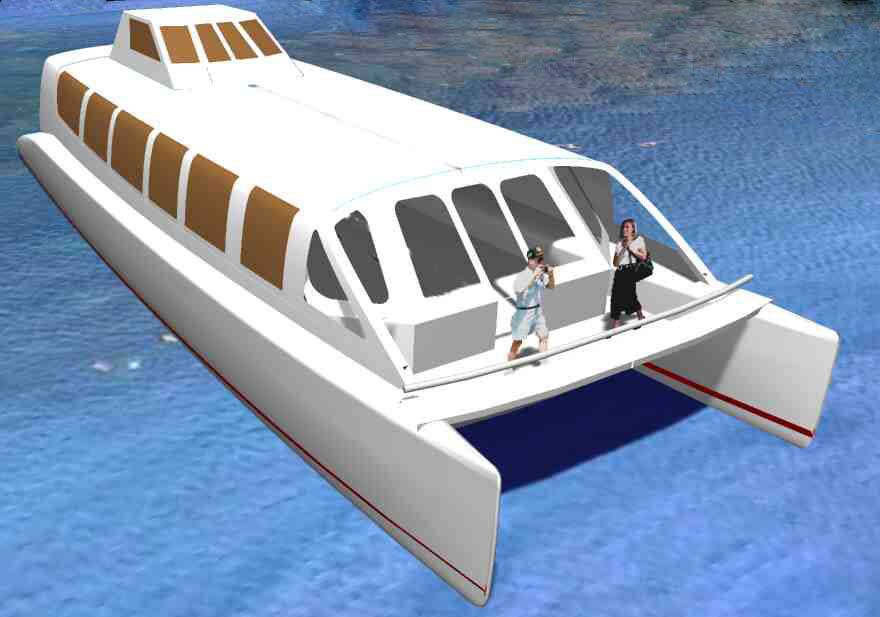 I admit that the swoosh looks good, but it is a fraud. And actually a hazard. Imagine you are slugging to windward at night in a blow. And you have to go up to the mast and fix a kink. At least once you will trip over that port and starboard style peninsula. You will.
I know it’s popular, but so was a 59 Chevy. A brilliant stylist like Michael Schacht could come up with a half dozen non-swoosh options in very little time. I’m agitating for honesty in design; not hiding behind swooshes.

4 thoughts on ““YOU CAN’T HANDLE THE TRUTH””