I recently heard from Zeevonk’s new owner.  Recall that Zeevonk spent some 15 years doing naturist tours in the Carribbean.

I understand that much of what made her perform well will be removed and replaced with more elderly solutions.  It will have vertical windows, swing boards instead of vertical, self tacking jib and main track on top of the sunshade.  I’m sure that I have spoken at length about all these vices and do not need to repeat myself.

Dried out on the hard. 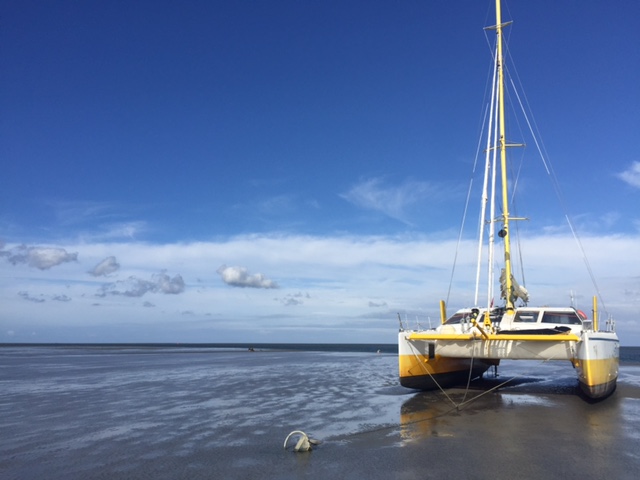