I realize that most people think that foil bourne catamarans were invented last year. Readers here recall seeing my earlier post of Howard Apollonio’s foiling cat from the 60’s.
And I sailed with Sam Bradfield on his foilers in the early 90s.

Some 8 years ago I was comissioned to design this foiling cat. The hull step was a harder 3D modeling project than I expected. It never got funded. Point is they were not invented last year. 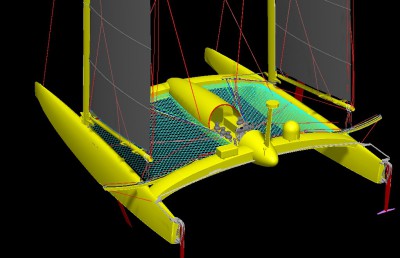