use of rudderblade wasn’t in the water anymore…it’s been a superfun experience..and even if we had a 15 minutes handicap at start we almost beat a 67 footer carbon monohull!!! yo MUFFOLO!!!
Multi class result: made first of 3,second one was a corsair dash 750 that arrived 39 minutes later, and the third (dragonfly 800) arrived only 4 hours and half later considering that he broke the mainsail and the gennaker arriving then only by jib!!! BIG UP FOR MIMMO!!” 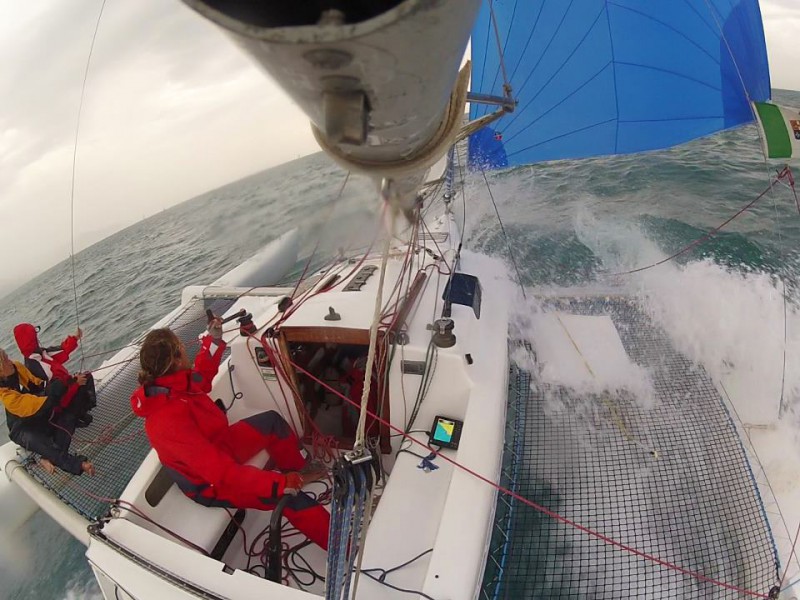