Terrence tracked them down. ” He moved both the  tooling to his shop at Mclelland air force base near Sacramento. Planning on moving to a yard in Columbia to begin production next year. ”  Of course Ollie will forward royalties to both me as designer and Richard who built the molds……What?

He did declare that he invented infusion and a new epoxy that did not need any testing to prove.   Pic below of Teralani 3 that used the Sunchaser house molds. 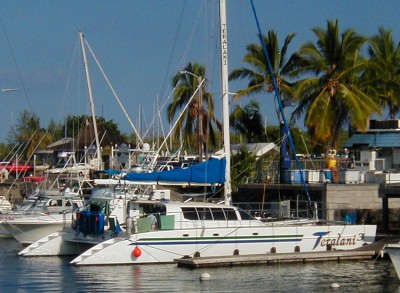