This prime example of stuff done wrong was sitting right in front of me for a few days before I grasped the teachable moment in it.  And it is another example of what I have often seen where it is asserted “it must be right because they are famous.”  In today’s chapter, first the boat.  The bow broke off of this 50′ (I assume) trimaran in the Route de Rhum.  I have not seen the actual wreckage nor spoken to anyone who has.  But it seems like a lot can be understood by looking at these pictures. 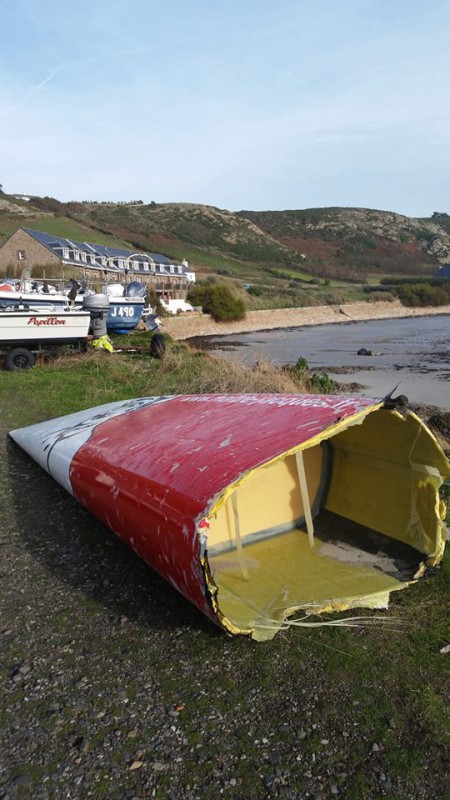 Two things jump out immediately.  First, that sure looks like Kevlar, and second, the core looks thin.  It could be 19mm but it sure looks more like 12mm.  And the damage is quite clean, not ragged.

First, Kevlar?  Really?  In my opinion Kevlars’ only use is as a yuppie magnet.  Not only does it not actually stick to the resin matrix, but its compression strength is about 1/3 its tensile strength.  And it’s tensile strength is still 20% less than that of lowly E-glass.

Now notice at the 3 corners of the hull section are tiny carbon fiber stacks.  That is bad practice on at least two counts.  First, the carbon has less than half the stretch to failure of Kevlar, so the carbon must fully fail before the Kevlar’s tepid strength is even at 50%.  Next, if it is a carbon stack as it looks, with the differing stretch, it could pop off the Kevlar with a shear failure.

The clean break feels more like a tensile failure instead of buckling at first glance.  I see a scenario where there was a partial buckling failure which popped the resin matrix off of the Kevlar in a circumference line.  Later that weakened fabric is hit from the opposite direction and fails cleanly.

Why didn’t they know all this?  I can think of an elderly designer or two who would not know this kind of thing, but it has been out there for a long time.  Next, the Multi 50 rule is just as bad. 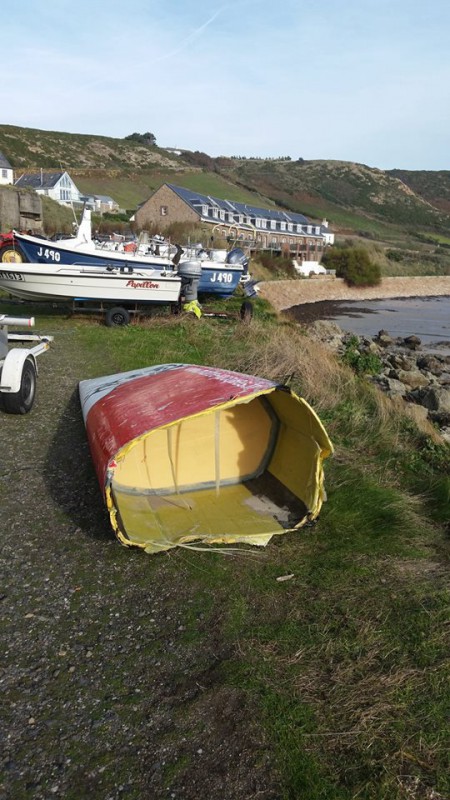